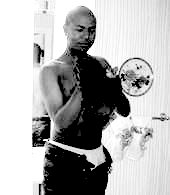 Self Parody is a mission: Creating and performing music to entertain the intellect, as well as the heart and soul.

Self Parody was born in the summer of 2002 after the temporary break-up of the New Jersey band Third Frequency. Finding a need to record and play whatever he wanted, no matter how bizarre or perverse, Third Frequency guitarist Winston Campbell formed the one-man band Self Parody. Armed with a mic, guitar, keys, and drums, Winston aims to provide music to the masses that entertains, and sometimes slightly annoy.